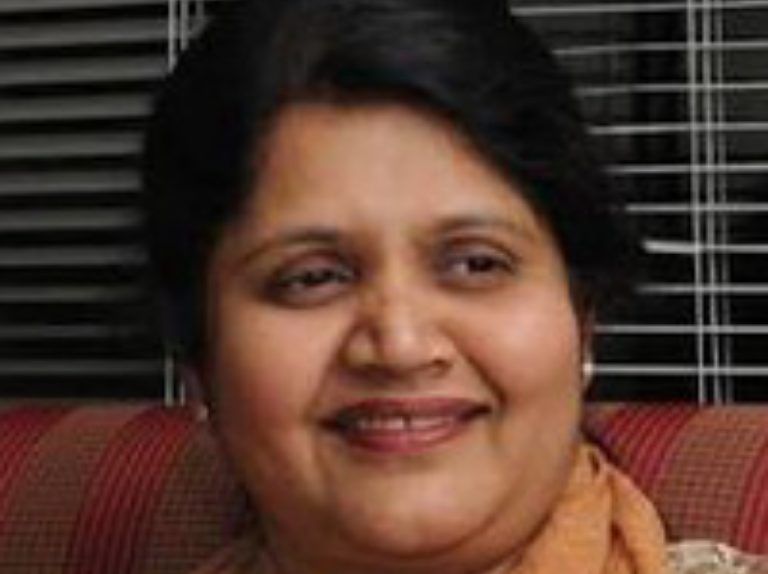 Nandita Gurjar is one name that would definitely strike the memory chords for every person in the corporate world. Most of the women would stop their flourishing career after having two kids, but Nandita Gurjar is not just another fish in a pond. She studied executive MBA Diploma at Harvard and kickstarted her career after 10 years post education.

Joining one of India’s IT Giant Wipro after her MBA, as a technical consultant she was not yet given the employee status. She effortlessly cleared her technical entrance tests with the knowledge she gained from the NIIT classes she took. Asking her why she would prefer the IT field after learning Bachelors in Psychology, she said that the Computers were future, If she could work at a futuristic environment, it would definitely be in the computers field. Thanks to her amazing choice, she headed the IT monster Infosys as the HR head. She was made head at a very crucial time.

As we all know IT is a very people dependent sector, after taking the place of the head of HR, Nandita in 2007 Infosys hired a humongous 30,946 people for working at their company. Eventually, Infosys became a very well oiled by people, thereby very efficient one. The company is also the second largest exporter of software. Any company depends totally on the knowledge and work of its employees. Maintaining and recruiting such a huge number can be only possible with strong skills. Here are some of Nandita’s beliefs that made her a shining star in the management sky.

Her Beliefs for People

1. Put the Trust on People

According to Nandita being cynical and suspecting the motives of every person are injurious to ourselves and it blocks a person’s overall growth. So, she says to keep trust in people and give them chance to prove themselves.

She says, ‘do not hold yourselves from sharing your knowledge. Support your teammates and provide them your insight.’ Knowledge grows as you share it. So, support people, as humans we are a social animal who would not survive without each other.

Having a realistic approach is fine, but not believing in yourself would cause you very much. Keeping hope and belief in you would make you more productive and will also motive yourselves to achieve better and more. She says, ‘You are your only shot! So, believe in yourself and do your best.

4. Having the ability to give something to get its return

To get higher in your career, you have to give it your heart and soul. Expecting a promotion and staying still till the time comes is an utter waste. Therefore, give your hard work and time and wait till the deserving comes back to you.

Every person has a certain set of values that makes them shine in their respective life and career. Hearing the success stories of many people, you would feel the blood gushing out to your veins to use all their ways. But forgetting every person is unique, sometimes merely following someone else’s values might not give you a win always. Therefore, find your own ways to reach the apex of success. It might take time, but at last, you will reach the summit.

The Last of Nandita’s belief,  but the first thing you ought to do. Do not let anything keep you from working hard. Just work hard every single day and the fruits of your hard work will find its way back to you.

Every person who would have some goals in their lives would have a set of values which would guide them to reach their goals. To sustain those values she says just to stick with it and no matter what just do not let your values go. At the end of the day, even if somethings go wrong, you would have that confidence on you that you indeed had followed your values and did not compromise on them.

Therefore, find your ways to stick tightly to your values. And the success will follow. To find your way, introspect yourself, find the non-negotiable and never ever compromise on it for any sake. Even though life would give you a lot of difficult situations, sticking with your values would definitely give you a sense of happiness of handling things morally.

Mr. Sathish Ranganathan
Director,Promind IT Consultants Pvt Ltd
HR-Inc Recruitment Team! Thanks for your assistance. I've been impressed with your professional recruiting services so I have not been communicating with other recruitment / placement agencies.

Mr. Manigandan Boopathy
HR Manger, Vijay Raja Homes Private Limited.
HR Inc is good indeed and i would like to continue the same and thanks for your co-operation.

Ms. Archana
Director, Suisse Tech Partners
HR Inc Team is absolutely trust worthy and reliable, The Executives are hardworking and pro-active who always targets to reach goals quickly. Thanks for helping me in building my team swiftly.